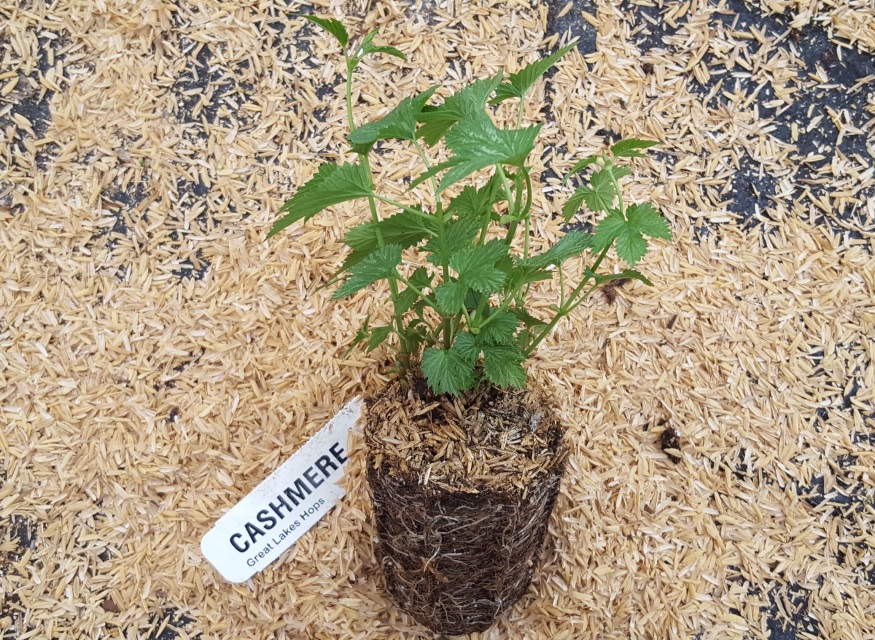 Cashmere VF1159 A new dual purpose aroma hop sometimes referred to on the internet as the “new Cascade”. Its parentage is a cross of Cascade and English hops x Brewers gold (Northern Brewer). It was released from Washington State University in 2013. Slightly higher alpha average than Cascade with double the humulene levels. Substitutes: Cascade, Centennial...Read More

​​Each item is one complete dormant crown, or a field-ready plant, depending on time of year: a plant that is a minimum of 1 growing season old with a well developed root system with multiple breaks taken from healthy vigorous stock.  It is professional quality and since it is a live rooted plant, it offers the best chance of successfully growing and producing your favorite cultivar of hops.
​
Plant Replacement Policy
*Spring Pre-order - Will ship once 2nd season stock breaks dormancy in the spring and can be properly quality checked. Estimated to ship by April 1st.
*Actual plant sizes may vary between varieties. Pictures depict plants shipped at different times of the year; actively growing, or dormant and are for reference only.